A Moment With… Cameron Medhurst 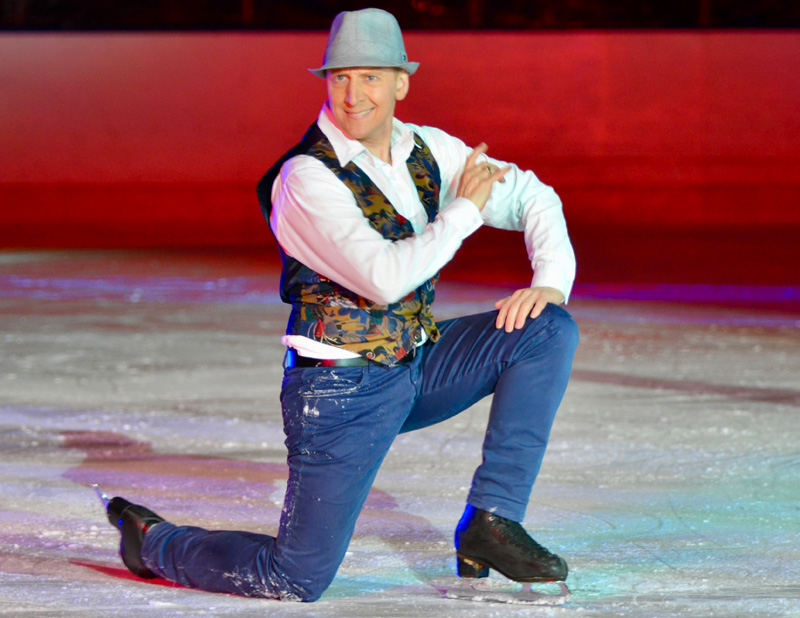 So, who is Cameron Medhurst? Just one of the most awarded and extraordinary ice skaters that Australia has ever produced! For those of you who are still becoming familiar with the world of ice skating, Cameron is a three-time Winter Olympian who represented Australia in the 1984, 1988 and 1992 Olympic Winter Games. Cameron won the Australian Senior Men’s Championship a record EIGHT times and competed in nine world championships over his career, and one of his most impressive achievements was being ranked 10th in the world. Cameron left competitive figure skating in 1992 and ventured forth onto another world stage – that of International Show Skating. Cameron travelled the world as a principal soloist, and later as Performance Supervisor for a total of 15 years, skating with numerous International Ice shows including Ice Capades, Disney On Ice and Holiday On Ice. Cameron is currently a figure skating coach and choreographer at the O’Brien Icehouse here in Melbourne, where he brings years of training and dedication to a new generation of skaters.

What created the curiosity that first brought you to ice skating?
It started with a casual meal at the Wintergarten Restaurant, which overlooked the original Iceland Ringwood rink. I just couldn’t stop staring at the public skaters going around the rink and I wanted to try it. Luckily my Mum enrolled me for lessons straight away and I loved it. 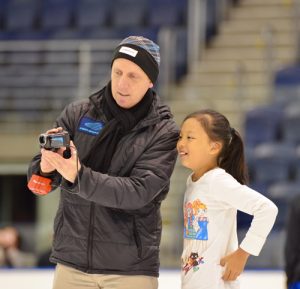 What does your current role in the sport involve?
I teach all levels of figure skating, from beginner group classes through to national competitors. Mainly I am teaching private lessons and working on technical skills, developing choreography, improving performance quality and planning competition schedules. I also have two Theatre on Ice teams with approximately 10 skaters in each group.

What did your training regime look like leading up to a Winter Olympics or World Championship?
In the peak season I trained about 4-5 hours per day, 6 days per week. I had skating sessions and a specific off-ice training program which developed strength, power, agility and fitness, so I was in the gym 3-4 times a week also. Sometimes I included cycling or swimming also, on weekends or in my lunch break at work. I also enjoyed dance classes and aerobics. 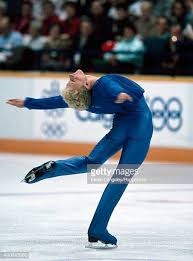 A day in the life of an elite skater?
Early morning training would start at about 6am for 3-4 hours and sometimes afternoon and evening sessions also. I had to work to pay for my skating but was very fortunate that my boss allowed me to arrive later in the morning and sometimes leave early for afternoon training. If I was overseas training, there were longer hours on the ice at more convenient times and no work commitments to worry about.

Out of all the ice shows you’ve skated in, what was your most favourite role?
I enjoyed being “Mowgli” from The Jungle Book when I toured with Disney On Ice, but I was playing a very young and energetic character for 12 shows per week, so it was quite exhausting. At the end of my show career I had a marvellous time being a Principal skating clown with Holiday on Ice in “Energia” (see below). We started in the audience as characters interacting, then found some skates and became part of the show. It involved lots of improvisation plus the choreographed teamwork with the other clown. The focus was on the entertainment of the audience and not on any triple jumps. 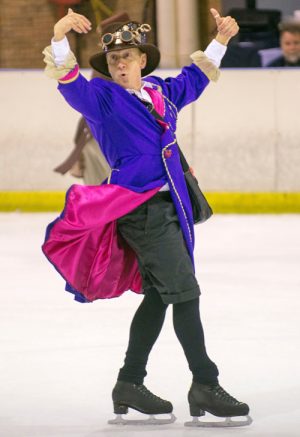 Ice skating performances are synonymous with costumes… with so many performances to draw upon, what was the most spectacular costume that you have ever skated in?
At that time the men’s competitive costumes were not so extravagant and had very little sparkle. One of my favourites was a military style in green and gold, because my music was from the movie “Gallipoli” and included an orchestrated version of Waltzing Matilda (see photo). The most extravagant was when I was Cinderella’s cellar boy “Buttons” and I got to dress-up to go to the ball. My “Mowgli” costume was not a favourite and was mainly an airbrushed caramel unitard and red shorts. Fun Fact: the original Mowgli animated movie character had no nipples and only a belly button drawn on, but they decided I needed them sprayed on my chest or it looked odd.

And the costume that still provokes your most emotional response?
My Long Program costume from my last Olympics and World Championships. I felt amazing in it and it was ideal for the classical music we used that year (see photo). It was very comfortable and made me feel elegant.

What has been the highlight of your career?
Getting to 10th place in the world was a big moment for me as it had been a goal for so long. It also meant that Australia then qualified to send two men to the next world championships so I would finally get a teammate in my event! 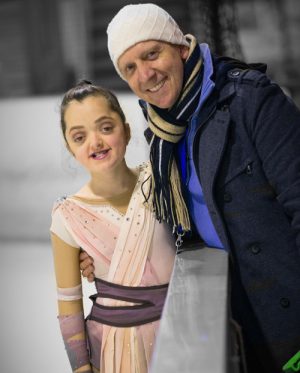 What is the main difference between skating now and when you were competing?
The scoring system is very different today and you get points for every element, rather than an overall mark. I was an excellent spinner and would have benefited from this scoring. Today the step sequences are much more intricate as skaters get rewarded with more points. We just used to move to the music and change direction.

Is there any advice you would give to people who want to be high-level competitive figure skaters?
Train hard and be prepared to fall and fail along the way. Set yourself small goals to achieve and don’t waste any time in your valuable training sessions. Strive to be better and pay attention to detail, while learning from errors you make whether they are in training or an event.

5 responses to “A Moment With… Cameron Medhurst”