A Moment With… Georgia Hayden 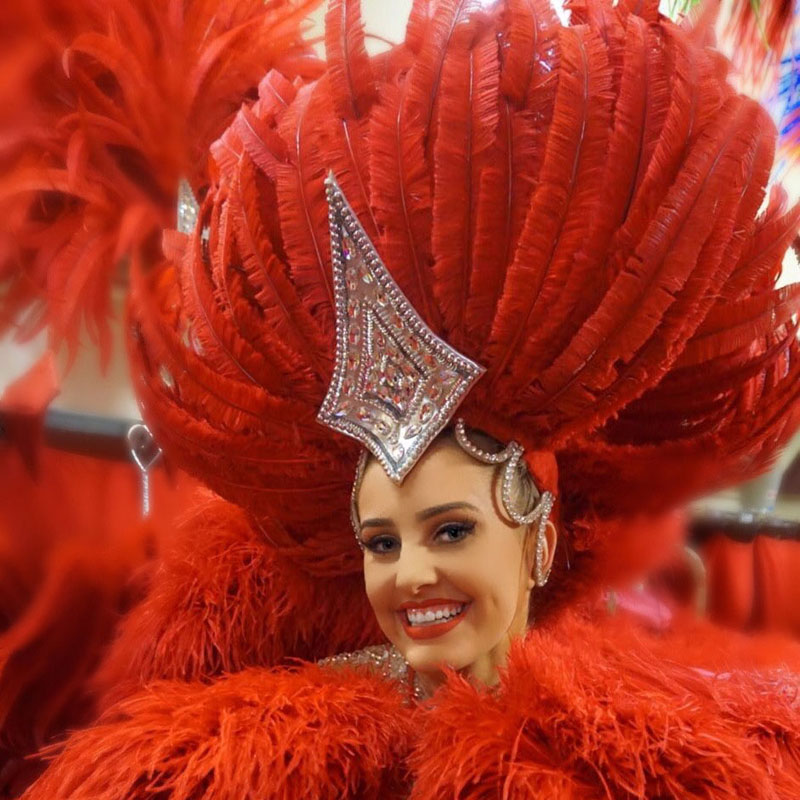 Your background/training? I started dancing when I was 3 at the May Downs School of dance where I learnt all styles including jazz, tap, ballet, musical theatre and acrobatics. As a child I competed in lots of dance competitions and also completed all my RAD ballet exams and CSTD Tap exams.

How old where you at the audition? I was 16 when I auditioned for the Moulin Rouge, even though you can’t actually be apart of the show until you’re 18 so I was quite young.

How old were you when you moved to Paris to live? I was 18, and had just finished school so it was a big move at such a young age. Luckily for me my mum came over with me to settle me in Paris for the first couple of weeks. 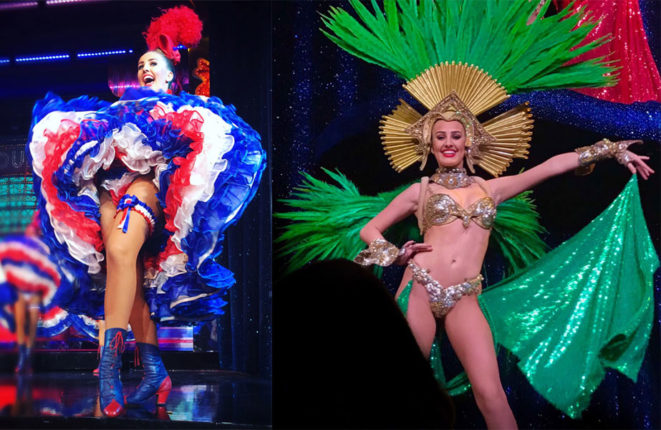 What were you required to do at the Audition? There were quite a few different things we did at the audition. We started with simple combinations with kicks and pirouettes then moved onto a ballet combination and jazz combination. We also had to show our cartwheels on both our left and right hands as in the can can which is a very iconic dance at the Moulin rouge, cartwheels are a must!

Are there specific requirements needed to become a Moulin Rouge Showgirl? Yes, you have to be taller than approx. 174cm and of course have good technique.

How many hours each day do you rehearse for the show? In the beginning when you are learning the show you rehearse 6 days a week for about 2-3 weeks until you are ready. Then once you’re in the show you have 1 or 2 rehearsals every month just to make sure everything is clean and everyone is doing what they’re supposed to be doing.

How many shows per week would you perform in? I perform 2 shows a night, 6 nights a week so 12 shows a week!

Are the shows suitable for children or just adults? Children do come and watch the show and enjoy it just as much as the adults.

What is your favourite routine? Why? I would have to say the French Can Can. I love it because everynight, the audience are clapping and cheering along with us which makes everyone on stage feel so good. Also there’s so much history behind the can can and sometimes its hard to believe that you’re on the Moulin Rouge stage in Paris doing the famous French can can. 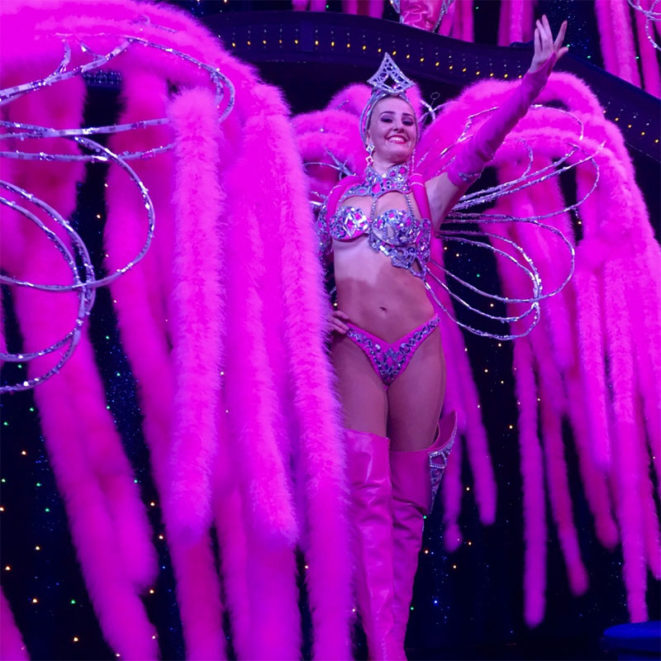 What is it like to be living in another country on the other side of the world away from your family & friends? Of course it’s hard and you do miss your family and friends, but all the girls and boys at the Moulin are like a 2nd family and were all such great friends.

Can you speak French? Hahaha that’s a good question. I did go to a few lessons when I first moved to Paris but I can’t say I was a natural. I can say the very basics but otherwise I’m not very good

Was it difficult communicating with people when you first arrived in Paris due to the language barrier? It was hard in certain situations but a lot of French people do speak English and at the Moulin, everyone speaks English as they are from all over the world.

What preparations are required before each show? During the day, most of us sleep until quite late around 11-12 o’clock as we don’t get home from work until about 2am, so by the time you have some dinner and for me I call home then as it’s the best time for the time difference, you end up going to sleep quite late.
I get to work at around 7.45 and that’s enough time to put my makeup on, warm up and make sure I know what I’m doing in the show that night.

Do you put on your own makeup? Yes, I put on my own makeup. There’s no set way of how you have to do it, its just however it looks best on you and what makes your eyes look big onstage. There are always people around to help and lead you in the right direction and tell you what suits you and what doesn’t.

Are their quick changes? Yes, there a 2 that are quite fast but because I do them so often, its 2nd nature and I don’t really think they’re fast anymore.

What is your favourite costume? I would have to say the finale costume when we are where hot pink feathers that light up. They are pretty spectacular. 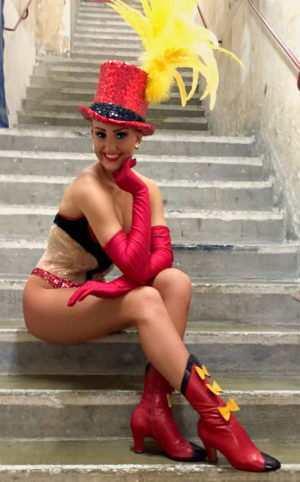 As you can see, we love costumes and lots of bling. Can you describe your costumes? Well of course being a showgirl there are always lots of feathers, lots of sequins and lots of Swarovski crystals and we are always wearing one of those things. The costumes are amazing, with so much work behind the scenes from the dresses and wardrobe.

How long has the Moulin Rouge been going for? The Moulin Rouge opened in 1889 so there is so much history behind the show and I feel so lucky to be apart of such an amazing company that’s been running for 128 years.

Are there any other Australian’s involved at the Moulin Rouge Dancers, Crew, Wardrobe etc? Yes, there are quite a few of us dancers that are from Australia, I’d say about ¼ which is so nice as it makes it feel like home.

Tell us about the show. Is there a theme? How long does each show go for? Each night and each season. Each show goes for approximately 1 hour 40 mins. The show is divided into 4 tabloids; prologue, pirates, circus and finale which includes the French Can Can. Each tabloid has its own story. These tabloids are separated by 3 incredible circus acts also. The Moulin is open 7 days a week, 365 days of the year, so it NEVER closes!!!

Once this show finishes, will you be required to re-audition or do you automatically go through to the new show? The current show ‘Feerie’ has been going for 18 years and so its not sure when there will be a new show.

Do you have any advice for little girls who inspire to one day follow in your footsteps and become a showgirl like you? Id say definitely keep up your dance training, especially your ballet as it’s the base to everything. My dance teacher used to always say this and as a young girl I would think she was just saying it, but she was right. The way you use your arms, legs and feet, all comes from ballet training and this is so important if you want to be a showgirl.

Also make sure you look after your body as the smallest injury can be the end of your career. And most importantly, if you have a dream and strive to achieve it then I’m sure it will one day come true.

2 responses to “A Moment With… Georgia Hayden”